The Future of Golf Could be Shorter than You Think 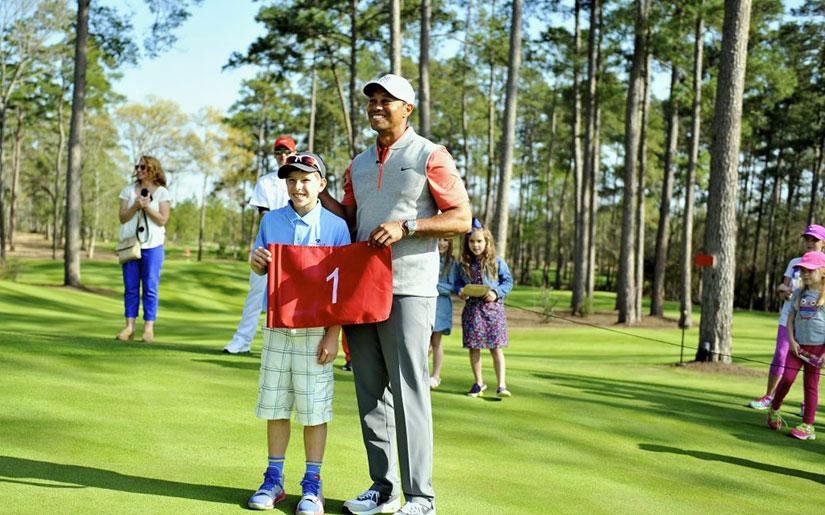 (CNN)There can surely be no greater advert for golf than an 11-year-old boy hitting a hole-in-one on the inaugural tee shot at the opening of a Tiger Woods-designed short course in front of the 15-time major winner himself.

This is precisely what happened to Taylor Crozier back in March 2016 at Bluejack National in Texas, the crowd’s whoops and hollers making it feel like one of the many great Woods triumphs over the years.

Playing in a three-ball with another lucky youngster, Woods followed suit with his putter across the 81-yard opening hole, remarkably lipping out for eagle.

And just like that, a vision of golf in years to come was implanted in Woods’ mind.

“Tiger’s golf design business really started with him having kids. He said from the beginning that family-orientated clubs are really the future,” TGR Design President and long-time friend Bryon Bell told CNN Sport.

Woods became a father to daughter Sam in 2007 and son Charlie in 2009 having grown up playing on a short course in Long Beach, California in the 1970s and 1980s.

“His time as a kid, playing with his Dad on a short course when he was three or four and enjoying every minute of it, has made him realize how great an introduction to golf it was for him.”

Fast forward from Woods’ first foray into short course design with Bluejack to 2019, and the reigning Masters champion and his team were approached to redesign the famous Pebble Beach par-three layout.

Bell said they replied “right away” to express their interest, and in spring 2021 the new-look short course will be unveiled.

“When we first did this at Bluejack, we weren’t quite sure how it would be received,” said Bell, who attended high school with Woods and once caddied for him in 2011.

“We loved the concept and Bluejack is a very family-orientated club, but we didn’t know if it would be empty and we were wondering: ‘Are we really building this for kids?’ and ‘Is anyone going to play it?’

“That whole experience made us very comfortable with the short course concept, to know it’s a worthwhile venture and there is a lot of interest there, plus it’s a great tool for golf courses to get more people involved in the game.”

A illustration of the Tiger Woods-designed short course at the Bluejack National in Texas, US.

Too long, too expensive

Those who criticize golf often say the sport is elitist and costs too much. Not to mention how long a round can take.

So with a short course, you get a better deal, right?

“There’s an element to this of helping people hone their ‘100-yard and in’ game, but I don’t think that’s Tiger’s main purpose. His aim is to get people playing golf,” said Bell.

“The big complaints about golf right now are it takes too long and costs too much, which this short game concept helps to solve.

“He definitely wants to create more playable and more fun golf courses. There’s always going to be a place for hard courses like at the US Open, but … how do we make golf more fun, more inviting and more playable for that player? That was his goal early on.

“If you’re having a tournament you can then speed up greens, firm up fairways and make the course harder, but it’s very difficult to make a hard course easier. I don’t think his goal is to change the whole industry — there’s a place for the more difficult course.”

Club membership is also often more expensive in the US as venues increasingly seek to combine golf courses with restaurants, swimming pools, gyms to make them more appealing to families. 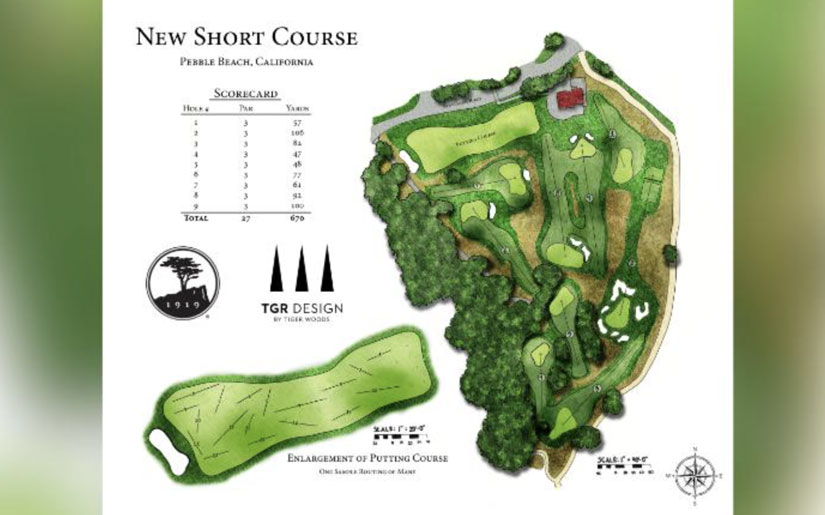 An illustration of the Short Course at Pebble Beach, California.

The situation is somewhat different across the Atlantic.

“I think in Britain and Ireland, we’re a long way from pumping money into short courses. Our market is stuck in that traditional 18-hole space,” said James Edwards — a golf course architect whose company EDI-Golf “designs and renovates golf courses and golf academies.Edwards grew up playing golf alongside the likes of former world No.1s Justin Rose and Luke Donald, as well as Ryder Cup stars Paul Casey and Ross Fisher.

He’s used to long hours at driving ranges pounding balls and his company is currently working with world-renowned coach David Leadbetter, who has guided players to 26 major titles, seven golfers reaching world No. 1. 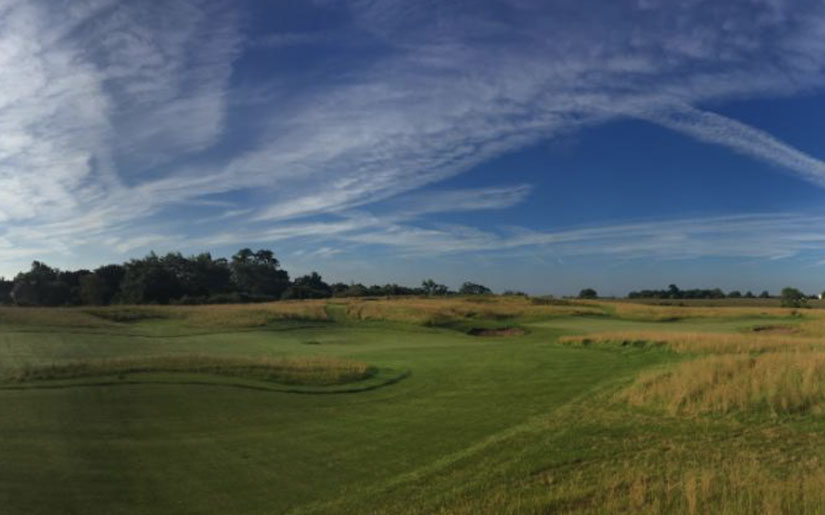 Edwards specializes in academies, short courses and alternative golfing solutions having started out playing golf on a patch of grass outside his family home in Maidstone, Kent, with an area in the cul-de-sac he lived in of approximately 2,500 square meters in size — which immediately conjures an image of creativity in the mould or twice Masters champion Bubba Watson, the self-taught leftie who grew up hitting a wiffle ball around his house.”The club I’ve just come from, for example, has turned down a redesign option to include a short course and 300-yard range,” Edwards explains. “They chose a much safer option so they’re stuck with a range of about 200 yards and no short course.

“You’ve got to see the future. All of the best golf facilities in the world have a short course. The reason being is the designers at the time saw that relevance for having a quick game of golf as well as the championship level test.”

Edwards said he thinks the “golfing awareness” isn’t there yet in the UK, having built a par-three course at the forward-thinking innovative Cumberwell Park complex in Wiltshire.

“The industry doesn’t make the short course viable right now … So you’re going to need something of seriously high quality to shift peoples’ heart and minds.” 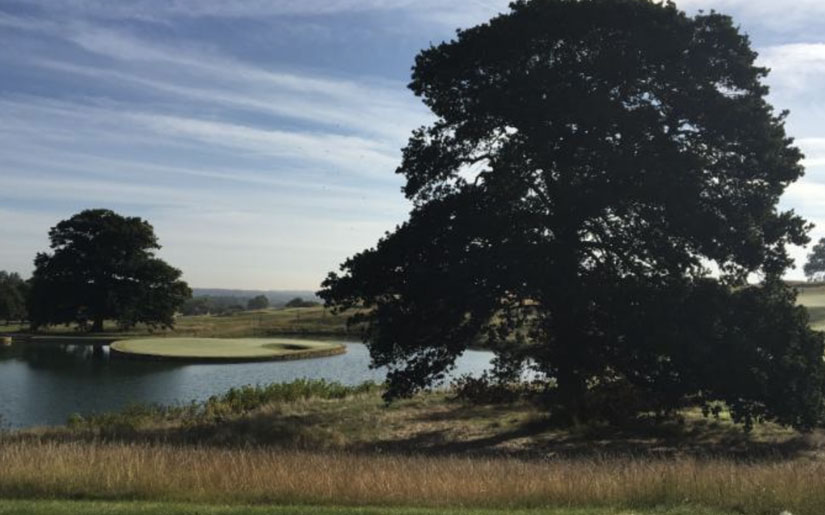 A general view of the Cumberwell Park course.

A high-quality course could work. But as the PGA of America’s player of the year Justin Thomas said in August, no matter how far you hit it, the short game is still king.

“Length is not the answer. It’s just helpful. Still got to get the ball in the hole,” said the 2017 PGA Championship winner.

Woods and fellow former world No.1 Donald are great examples of how, with an impeccable short game, you can reach the pinnacle of golf and stay there. Donald, despite never having the length of Woods, spent 40 straight weeks at the top in 2011-12. 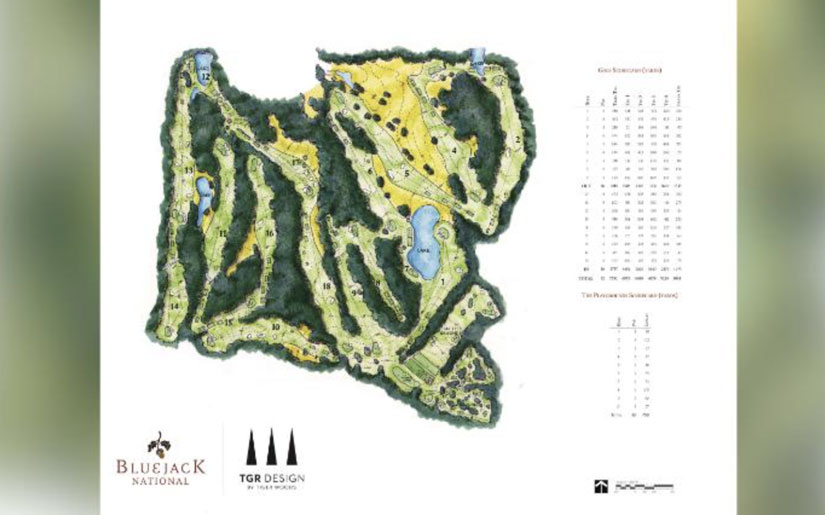 An illustration of the full-length Bluejack National.

As Bell points out too, if, as Woods told him, you’re someone who finds golf hard, why suffer when you can enjoy the game in a different format?

“There’s definitely a move towards: ‘How do we grow the game’ and the short course concept is a great, very unintimidating way to introduce people to the game.

“Nobody wants to be that person who’s dribbling it off the tee and holding everybody up on an 18-hole course.”

In the News at Bluejack National 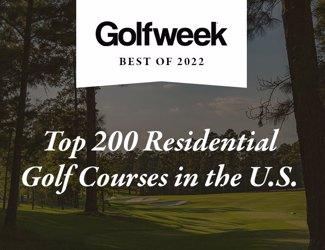 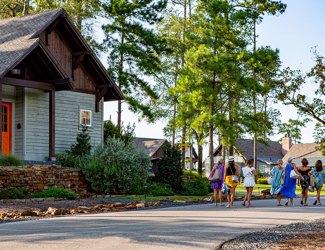 A Land of Luxury, a Land of Family and a Land of Nature: Bluejack National is a Retreat That Sets Itself Apart 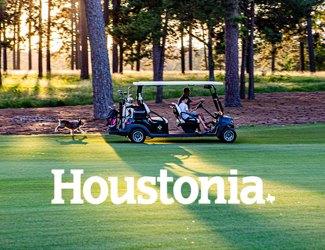 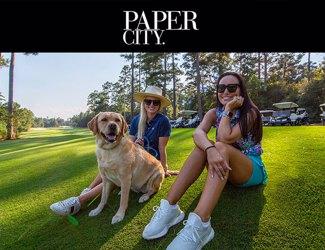 The Ultimate Family Wonderland — Bluejack National’s Golf is Tiger Woods Proven, But Its Amenities Are Next Level 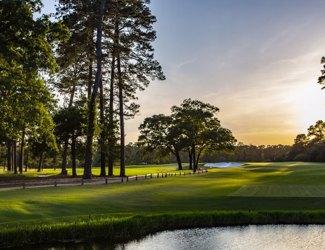 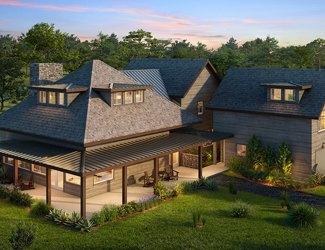 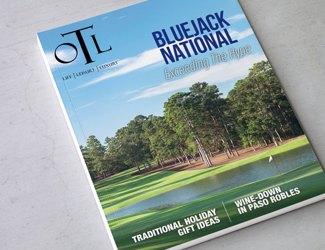 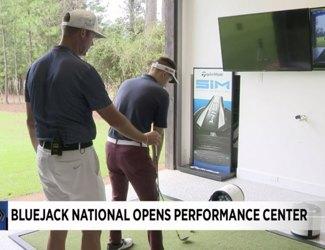